You are here: Home / Archives for Poetry

The sea for me

Has always been an infinite sensation of freedom

Flexible as a fish, no matter how strong the waves wash over me

I am safe and free

The moment I met you

Your beautiful soul in every single drop of water

Blows softly through the mountains ahead of me

And instantly disappears without a trace,

Has our encounter ever happened?

There are exactly 1349 km between us

I lie facing the sun

As if her warmth and light, kissing my whole body

I seem to hear

You whisper the most beautiful language far, far away.

I wish to free my heart

I keep my words, my songs

It doesn’t have to reach your port

But it will set my spirit free.

Till the moment the last note is sung

Ever since the moment we met

We have looked into each other’s eyes

I saw a fragile heart that needs to be loved and cared for,

You saw a strong core within me

Which can go through tough times in life

But when I felt at my loneliest, traveling alone

Searching for my goals

You found me, long distance

And gave me comfort and warmth

As if the universe had heard my message…

You hug me firmly, despite how far we are apart

Are special as an irregular pearl

When the sun shines on your smile

I see a pink silky light coming through your aura

People are attracted to your appearance,

But yet your mind is even more beautiful

Music is our common passion

That entrances us both,

But love and understanding

I don’t know if our Gods are the same one

That I am in your prayer

And you are in mine.

Thank you sincerely that you have brought such a wonderful person to me, my soul sister. I have never been so certain that no distance, no time, not even death, can make two souls apart

Ever felt so lonely
When you’re actually with someone…?

Lover, who loves and is supposed to understand you,
Doesn’t really enter into
Your deepest sorrow
Your frustration
Nor the goals you have set

Someone who chooses to believe
“Less thinking makes life happier”

Is that really true?
Is it just blind ignorance?

If I don’t watch the news, don’t read the headlines
I also would believe that the world is just fine
Without crisis.

Are we supposed to feel happy by
Staying blind to the differences, the conflicts,
Between different values in life?

Or maybe,
The imperfections I see in my beloved,
Merely reflects the dissatisfaction
Which I feel towards myself?

At this moment
I still don’t know –
If this is our relationship crisis
Or…
My personal crisis!

A present for my dear friend- Guy. The poem is also dedicated to everyone who has experienced the changes in the dragon year 2012

Walking on the sand,
In front of me, there lies the so called
Sea
In such a wonderful sunny day,
Birds singing, wind blowing
I can’t stop my tears
Running down.
Started to walk faster and faster,
The strong wind against my face
The desire of crying
Drowning my heart
“Easy mind, light heart. A mind that is too easy hides a heart that is too heavy”
Tears all over my face,
I tasted my own sorrow,
Salty and bitter:
Salt- from my body
Bitterness- so many mixed feelings which difficult to describe…
Walking towards the sea
Could sea wash off my sorrow?
She doesn’t answer me,
Like God never answers my prayer
“Every night when I go to bed, I hope that I may never wake again, and every morning renews my grief”
I finally tasted the sea
I tasted my tears
I simply give up
I surrender.
There is always an end for everything.
A funny fine line when love ends and death begins, when death ends and life begins.
“When I wished to sing for love,
It turned to sorrow
And when I wished to sing for sorrow,
It was transformed into love”
Time moves ahead,
My steps go forward,
Is there something sacred in salt that our tears and the sea taste the same?
Don’t look back,
Eurydice was drowned in the dark world of the dead,
Lot’s wife was transformed into a pillar of salt.
After sending my latest article “Love and something close to love” to some friends, I received a response from my writing friend Patricia (we’ve exchanged poems and she has helped me translating my poems into Spanish).
Have fun reading it, and please don’t hesitate to share whatever brings to your mind, as one of the actions of love is sharing 🙂 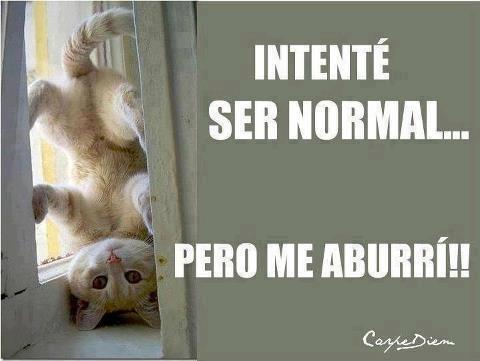 What does “later” mean?
When will “later” come?

She smiled-
Sudden breeze in a hot summer’s night,
And said:
Eh, later…

也許是,當你第一次擁抱你剛出生的小孩,看他純稚的小臉熟睡著,如此安祥,可愛,純淨,善良,美好…那的確是—The most beautiful face in the world

Because of you, I saw the most beautiful face in the world.